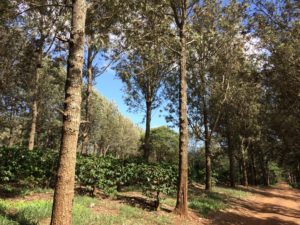 ALL-ROUNDERS AT THE LIMIT. Intact forests are highly efficient producers: they provide energy, water and oxygen, protect against natural disasters and beyond that are an essential habitat for millions of different animal and plant species.

Today this green lung covers only about 30% of the earth and the pressure on the vital forest areas is increasing since each year 4.7 million ha are deforested on a large scale! In Tanzania alone, about 400,000 ha of forest are lost every year.

The consequences of this reckless deforestation affect us all: climate crisis, corona pandemics, species extinction, polluted groundwater – all of this show us that there is no here or there, but only NOW! 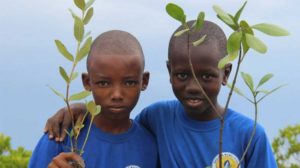 REASON FOR HOPE. We made it our mission to preserve Africa’s forests and their wildlife and to actively contribute to climate protection. A great responsibility that requires a wide range of projects: From reforestation and monitoring of threatened forest areas, further education and sensitisation of the population to active protection of endangered species such as the chimpanzees. In Tanzania we connect individual forest areas, regain important habitat and thereby stabilise the ecological balance. Your trees can secure the future for people and animals in a sustainable way! 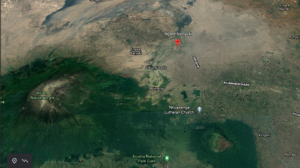 BRIDGES OF BIODIVERSITY. The region around the village Ngare Nanyuki in north-western Tanzania is selected for the reforestation project following its location on the major wildlife corridor connecting three mega ecosystems of Amboseli (Kenya), Momella Forest Reserve and Arusha National Park on one side and the Mt. Kilimanjaro ecosystem on the other side. Ngare Nanyuki, lying at the food of mount Meru, is the main water reservoir for wildlife around Arusha National Park. This village is also the main wildlife refuge village in which diverse range of wildlife species move in for water and soil nutrients, especially during dry season. This region, despite being the epicentre of wildlife migration channels, is exacerbating a growing human population growth and conflicting use of Natural Resources, which poses threats to present and future forest biodiversity.

THE GOALS. The protection of forests and their reforestation can never be successful in the long term, if the local population is not involved and the needs of the people on site are not heard. Therefore, our colleagues from the Jane Goodall Institute in Tanzania are planning together with representatives from the villages how and where reforestation makes the most sense. 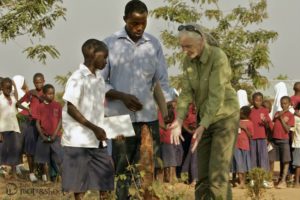 In the district Momella, at the foot of the Arusha National Park, 5 ha of land are provided by the villagers of Ngare Nanyuki and planted together. Half a hectare is being prepared for the establishment of a tree nursery in the village, where 30,000 seedlings will be pre-grown and later planted out. In addition, public areas around schools will be reforested and 5 tree nurseries will be erected next to local schools, together with the members of our children and youth programme Roots & Shoots. The project puts environmental education and sustainable agriculture and forestry at the top of the agenda because in the long-term reforestation can only be successful in cooperation with the local communities.

“The best time to plant a tree was 20 years ago, the second best is now.”

This project is supported by: 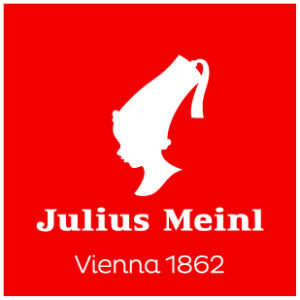 Since the project launch, we have made great achievements together with our local partners and the communities: 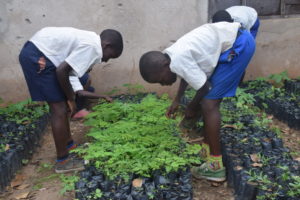 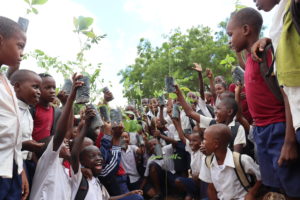 In the coming months, more seedlings will be planted and further training will be provided: 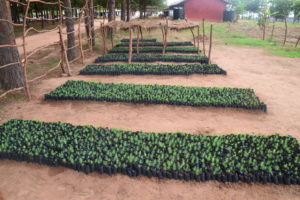